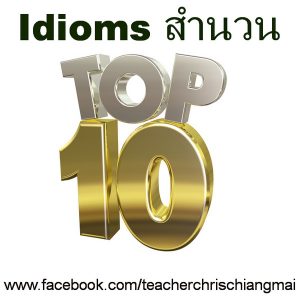 – No, when someone says that the assignment they just finished was a piece of cake, it does not mean that their professor gave them a red velvet cupcake for their midterm paper, what piece of cake actually means is that something is very easy to complete.

2. Costs an arm and a leg อะไรที่แพงมากๆ

– It would be a strange world we lived in if buying that fancy shiny purse literally required us to chop off our body parts to give as tribute to the Louis Vuitton gods. When something costs an arm and a leg it actually means that something is very expensive.

– Oh, look, another idiom about legs. You’re about to take your dreaded calculus final and before you head into your classroom your roommate texts you, “Break a Leg!” Why, you think in your head, would he ever wish that upon me? I thought we were cool with each other. Well, your roommate surely doesn’t want your bones to break while walking to your seat in the exam room that’s for sure. Break a leg actually means good luck!

– If you’re a student in an English speaking environment you’re probably going to be hearing this phrase a lot. Before you imagine students running into their campus library and punching, kicking and wrestling apart the complete works of Shakespeare, we would just like to say that hit the books actually means to study. There there, you can still punch books in your spare time if you want, we won’t judge you.

5. Let the cat out of the bag เผยแพร่ความลับ

– Why would someone put their cat in a bag? What did the cat ever do to them? Our last idiom actually means to disclose a secret that was supposed to be kept, well, as a secret. The next time someone lets the cat out of the bag do not immediately pick up your phone and call animal cruelty control.

– This idiom has to do with doing or saying something that is precisely right. If you don’t understand this, just think about that sweet feeling you get when you swing a hammer at a nail and hit it perfectly.

– So, have you ever seen a pig fly before? Never? Me neither. This idiom basically means that something will never happen, like fat little pink mammals soaring toward the sun!

8. You can’t judge a book by its cover อย่าตัดสินใจจากเพียงภาพภายนอก

– How many awesome books do you think you’ve never read in your life just because the cover did not catch your eye? This idiom does not only apply to books however, but can be used for everything in general. Essentially it means that you should not decide upon something based just on outward appearances.

– Imagine your waiter brings you the biggest juiciest hamburger from your favorite American restaurant. In your hunger, you grab it quickly and take a giant bite out of it. Unfortunately, the bite you’ve taken is too big, and you end up looking like an idiot trying to shove this bite down your throat while drinking water and trying not to choke. That is the most literal sense of the meaning, but in general it just means to attempt to take on a task that is too much for you to handle.

– We all know how difficult it is to scratch that itch on your back that your hand just aren’t flexible enough to reach, so why would you want to scratch some random person’s smelly back? Because if you do, they may eventually be willing to scratch your own smelly back when you need it! What this idiom means is to help someone out with the assumption that they will return the favor in the future!

1. Piece of cake
“How did your last final go?”
“I was really worried, but it was actually a piece of cake!”

3. Break a leg
“You’re performing in a play tonight? Well, break a leg!”

4. Hit the books
“If I want to do well on that test, I’m really going to have to hit the books.”

10. Scratch someone’s back
“I knew I was going to get that promotion, I’ve been scratching her back for so long!” 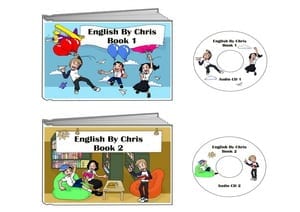